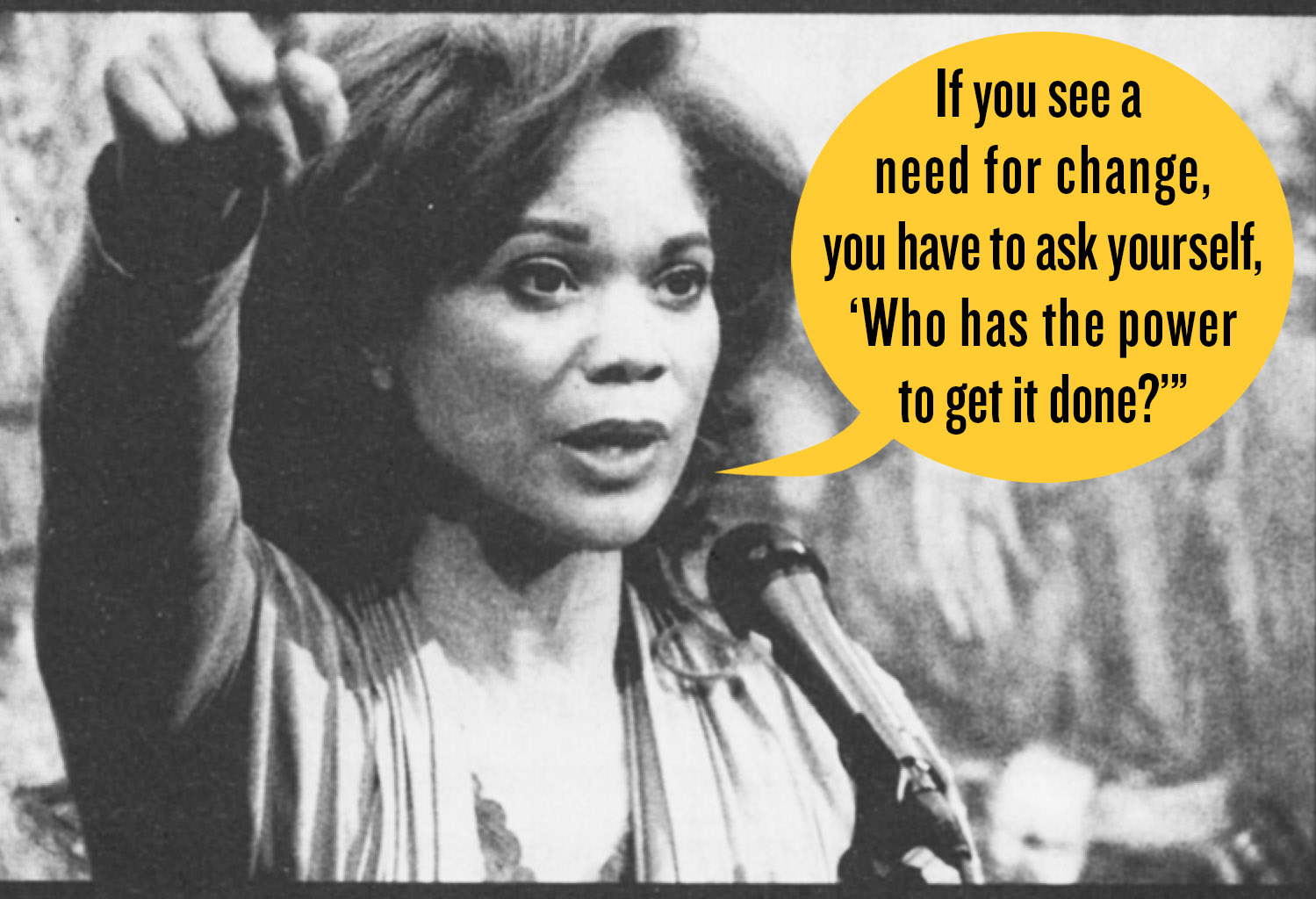 Rice told us: “If you see a need for change, you have to ask yourself, ‘Who has the power to get it done?'” END_OF_DOCUMENT_TOKEN_TO_BE_REPLACED

At first, Rice fought most of her battles in the courtroom, treating the police department and other institutions as adversaries. But inevitably she realized that she was winning in the courtroom but losing in the streets. She was not even coming close to achieving the radical restructuring King had inspired her to pursue. END_OF_DOCUMENT_TOKEN_TO_BE_REPLACED