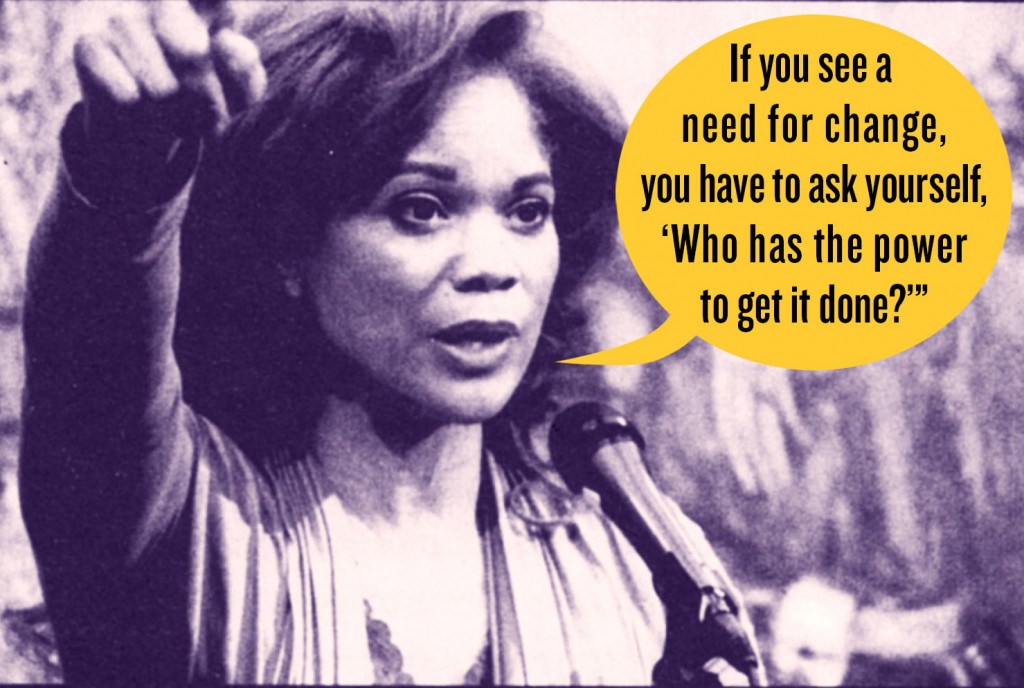 At first, Rice fought most of her battles in the courtroom, treating the police department and other institutions as adversaries. But inevitably she realized that she was winning in the courtroom but losing in the streets. She was not even coming close to achieving the radical restructuring King had inspired her to pursue.

After the LA Riots of 1992, she began to work closely with gang members to broker peace and eventually even partnered with the L.A.P.D. to reform itself and combat police brutality. She told us:

“If you see a need for change you have to ask yourself, ‘Who has the power to get it done?'”

It’s a valuable lesson that took Rice decades to learn. We all know that complaining about what we don’t like is the easy route. But it’s the fight for change, the battle waged from within—as messy and time-consuming as it may be—that’s often most effective.