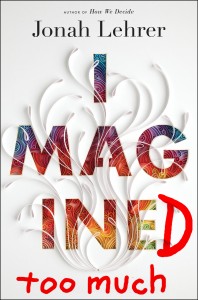 In the wake of the Jonah Lehrer scandal in which he was caught fabricating quotes for his best-selling book Imagine, How Creativity Works, we thought back to the words of Michael Sitrick a Hollywood crisis manager to the stars and prominent CEO’s, known as the Spin Doctor.

“Public Relations is about persuasion and persuasion depends on credibility, so you can’t lie.”

You could just as easily substitute “journalism” for “public relations.” Although we understand that writers like Lehrer shape a narrative by massaging quotes and emphasizing some parts of the story over others, our belief in a writer’s carefully constructed arguments is dependent on our belief that he or she has more or less accurately reported the “facts.” 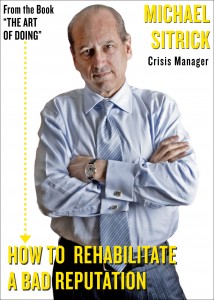 Lehrer risked his credibility by fabricating quotes of Bob Dylan in the service of creating a more persuasive argument. It was a form of writer’s Russian Roulette. The story might have been more effective with the fabricated quotes but when he got caught lying by Michael Moynihan of Tablet Magazine he lost his credibility and his ability to persuade us of anything.  This is in turns made him a pariah to those who have given him a vehicle for his work. They had to protect their own credibility. Lehrer resigned as staff writer from the New Yorker and his publisher Houghton Mifflin Harcourt has withdrawn his book.

The one thing Lehrer did right was to get out ahead of the story by admitting he lied and then apologizing:

“The quotes in question either did not exist, were unintentional misquotations, or represented improper combinations of previously existing quotes. But I told Moynihan that they were from archival interview footage provided to me by Dylan’s representatives. This was a lie spoken in a moment of panic. When Moynihan followed up, I continued to lie, and say things I should not have said. The lies are over now.”

“A lie may get a client out of a bad situation but they’ll always be found out, especially now with the scrutiny of the digital media. When high-profile clients get into situations, such as drugs, sex addiction or domestic violence we advise them to admit the truth quickly, let the public know they’re seeking treatment for their behavior and move on.”

At least admission of wrongdoing may allow Lehrer a second act.

Buy “The Art of Doing” here.