Resumes have been around since at least 1482 when Leonardo da Vinci tried to sell his skills to the Duke of Milan, and visually, they hadn’t changed much, until now. Lately, some modern job seekers are creating infographic resumes in the hopes of giving employers a whole new reason to take a second look.

Resumes have been around since at least 1482 when the not-yet-famous Leonardo Da Vinci sent a list of his skills and accomplishments to the Duke of Milan. Da Vinci hoped to get a gig as an architect, sculptor or even, perhaps, as an inventor of war instruments.

That was over 500 years ago and the resume has hardly changed at all. The standard, imageless, single-font resume is about as thrilling to look at as a page in the phone book.

But recently, some job seekers are telling the stories of their careers visually and giving the resume a whole new look.

Collecting some of these remarkable resumes is Randy Krum, an infographics master and president of InfoNewt, who curates a Pinterest Board of stunning examples.

When we asked Krum, about this trend, he told us that the visual resume is a game-changer:

“An infographic resume stands out. And because of the Picture Superiority Effect, anyone looking at an infographic resume is 650% more likely to remember it days later, which improves the chances of a candidate to make it to the next step in the hiring process.”

But does the harried head hunter or corporate HR manager get it? Or does a visual resume brand you as not playing by the rules and maybe even trying too hard?

“It’s still very early for infographic resumes but I see it becoming mainstream in the next few years,” says Krum.

Writing about them for his blog back in 2010, Krum was only able to find 16 examples he found that were worthy, now his Pinterest Board boasts over 200. Although the visually adept can create their own visual resumes, sites (here and here) are popping up that generate an infographic resume (albeit more generic) based on your LinkedIn profile.

Here are some examples from RandyKrum’s Infographic Visual Resumes. 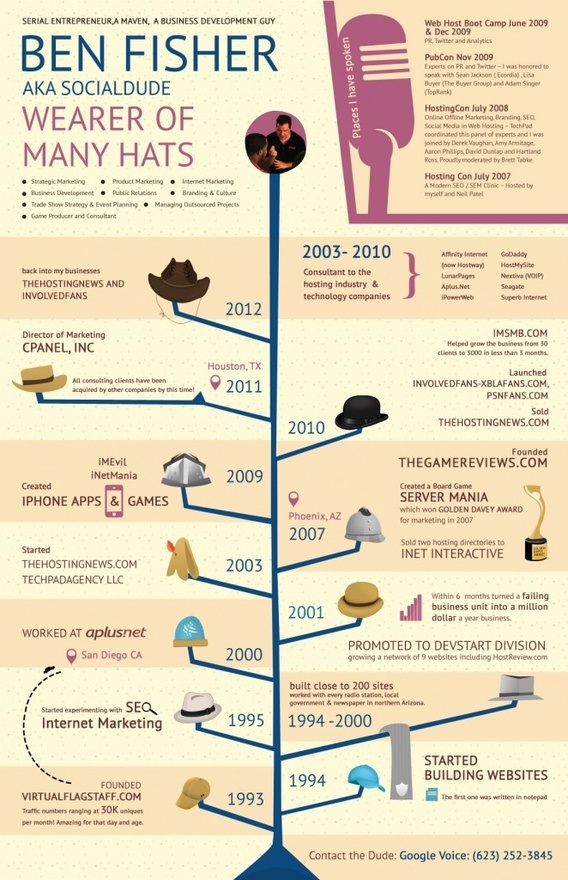 Above by Ben Fisher.

Above by Scott McDowell. 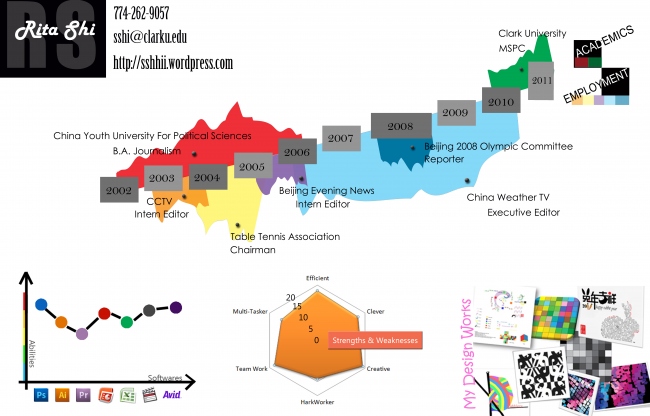 Above by Rita Shi.

Above by Gary Corr.