Will Shortz, puzzle master, tells us, “With a crossword we’re challenging ourselves to create order out of chaos.” 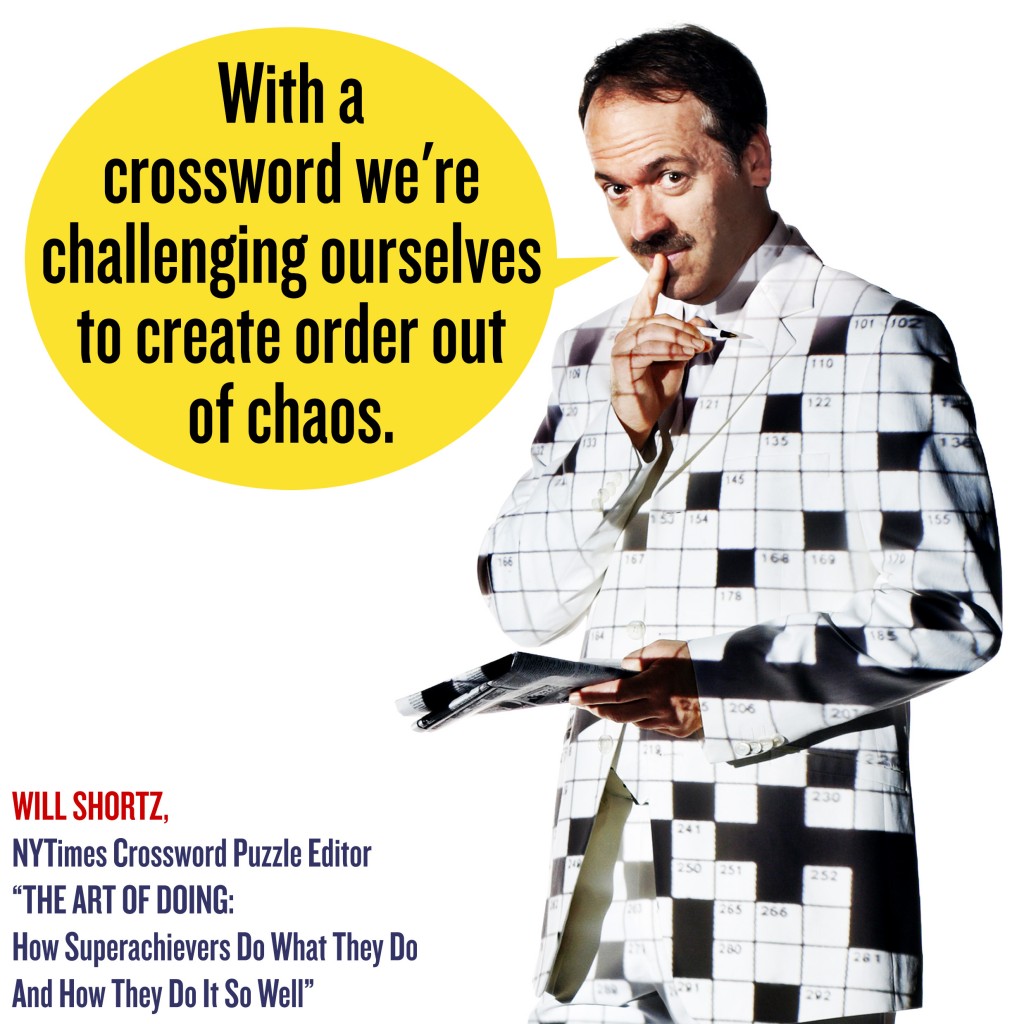 Thinking of clues keeps Will Shortz up at night. After all as Puzzle Master at NPR and puzzle editor of The New York Times, he has to come up with 16,000 clues a year—that’s nearly 50 twisty clues a day.

“Just as I’m about to drift off to sleep I may think of a terrific clue,” says Shortz. “It’s the eternal writer’s dilemma. I have to either wake up and write it down, or think really really really hard and hope the idea will still be there in the morning.”

He opts for the latter. And the chances that he remembers? Not bad, he insists.

To say that Shortz is interested in puzzles is to call World War 2 a skirmish. Shortz has been constructing puzzles since he was 8 when his mother handed him a blank grid to occupy him while her friends came to play bridge. He sold his first puzzle at 14. And in lieu of a regular college degree, he followed an independent course of study in puzzles, graduating as the world’s first enigmatologist.

In an interview for a chapter on “How to Create a Mind-Bending Crossword Puzzle” in our book, Shortz gave us the break down of the esoteric art form, explaining everything from how to create a puzzle theme to how to think outside of the box. (Pun intended, puzzle enthusiasts.) But what we weren’t prepared for was Shortz’s philosophical response to our question of why people, busier than ever, including a former U.S. president, an award-winning TV personality, a Major League baseball player, even bother—let alone drive ourselves crazy—sitting quietly for a minute or two (or twenty or two hundred) bent in concentration over a grid and a list of clues?

“We’re faced with problems every day in life, and most of them don’t have clear-cut solutions, so we just muddle through the best we can and move on to the next thing. But with a crossword, we’re challenging ourselves to create order out of chaos. Although you might think, ‘Boy, this is hard and I don’t really have time for it,’ it gives you a rush to fill in those last letters, and immediately . . . you want to do it again.”