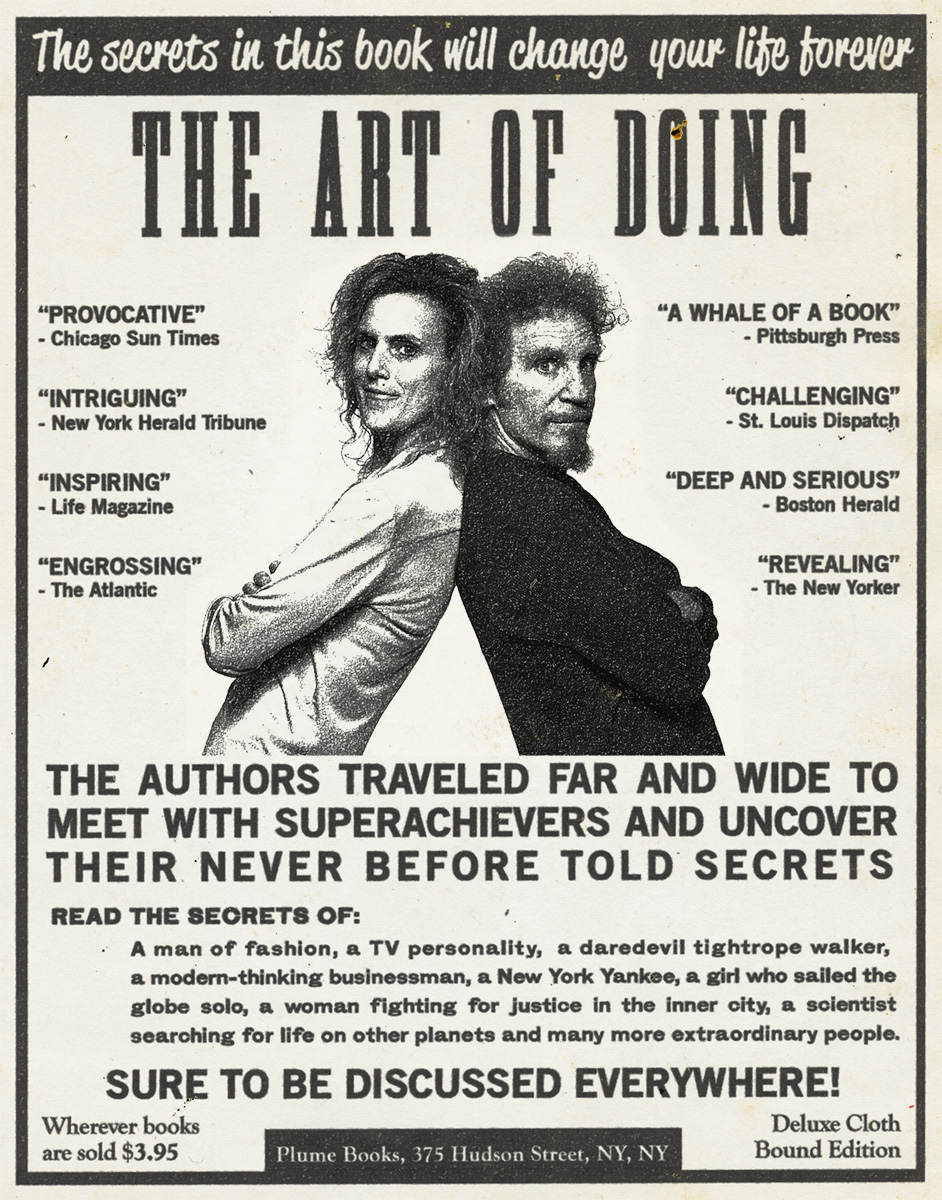 Getting the word out about a book (or anything else for that matter) and selling it to actual consumers is not a task that comes with an instruction manual. Neither of us is a salesperson or seasoned marketer. Figuring out how to tell strangers in 140 characters or less why they should buy the book you’ve worked on for two years can require some high-level mental gymnastics.

So to take a break from “increasing awareness” of our book (that’s available for pre-sale but not in bookstores until the end of January) with a thousand Tweets, Facebook posts, blog entries and anything else we can think of, we thought it would be refreshing (and okay, fun!) to pop into a time machine and create the sort of ad that would have been made for our book had it been published fifty years ago or so.

Our inspiration was the entertaining and often hilarious book, Read Me: A Century of Classic American Book Advertisements by Dwight Garner book critic of The New York Times. Garner’s book consists of original ads with ad copy (below) for everything from Fitzgerald’s Great Gatsby:

It is the strange, incredible American present—the queer glamorous world of today, in which the most fantastic ups and down of fortune can occur—an era whose extravagant contrasts suggest the crude, flaming days of the later Roman Empire.

In his introduction to Read Me, Dave Eggers asks us to engage in a thought experiment—that our livelihood is writing ads for books:

You have to get the books you love into the hands of a distracted populace… It’s up to you whether or not that author can write another book.

He could be describing our mercantile mission with our own book when he writes:

You have to find a way to communicate the essence of a book, while also creating some kind of excitement about the author generally, and also getting the reader of the ad to purchase the book that day, that week—before the ad and book and publisher and author are forgotten that week or forever.

So it’s nice to take a break from the challenge of figuring out how to get our book into “the hands of the distracted populace,” circa 2012, and instead imagine we were doing it in a bygone time when saying something like, “Sure to be discussed everywhere!” held all the promise and incentive a book buyer needed.