Philippe Petit may go where no man (or woman!) dares to go. But what he returns with is a set of principles we can all use when we take on big challenges of our own. 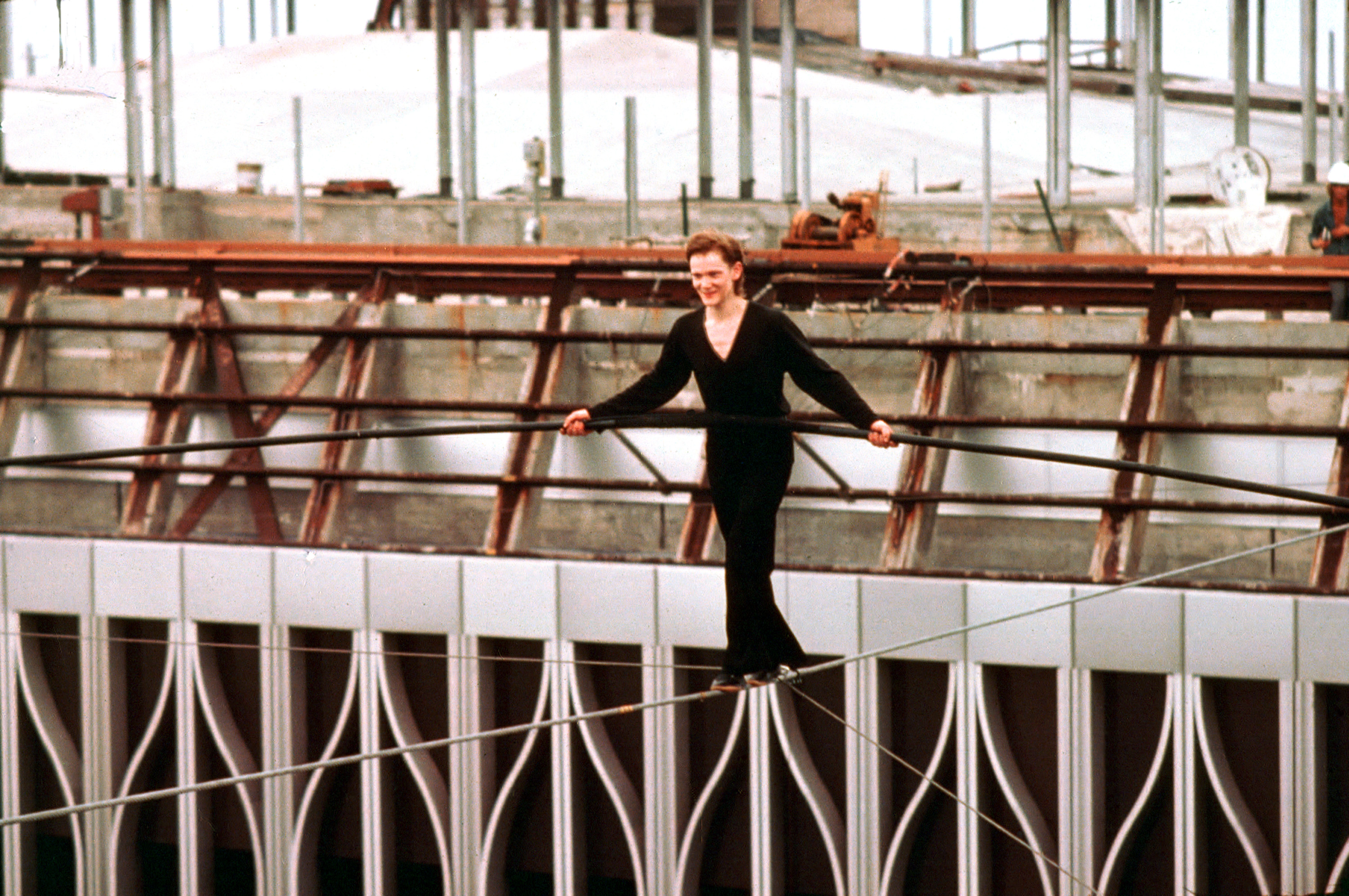 Philippe Petit offers us a glimpse of what’s possible

It’s 1974. A man has decided he’s going to walk across a wire stretched a quarter of a mile in the air between the Twin Towers of New York City’s World Trade Center. As he does it, pedestrians below gawk in awe. An entire city swoons. Wire-walker Philippe Petit becomes an international celebrity for performing what many called the artistic crime of the century.

Forty-one years later, Petit’s feat is the subject of director Robert Zemeckis’s 3-D spectacular, “The Walk,” starring Joseph Gordon-Levitt as Petit. The film, which hits theaters this weekend, puts audiences right there on the wire with Petit, and is a powerful reminder that even the most perilous feats can be accomplished one careful step at a time.

And indeed, when we interviewed Philippe Petit for our book The Art of Doing, he told us there was a method to his madness. Having gone on to perform dozens of other high-profile wire-walks, authored several books, and become an adept equestrian, fencer, carpenter, rock-climber, and even bullfighter, Petit would bristle at the idea that his work could be reduced to a system. But that doesn’t mean there aren’t lessons that any entrepreneur, artist, or aspirer to big deeds can’t learn as they gear up for their next big challenge. Our story HERE.

In prehistoric times almost everyone did what we now consider the “dirty work.” But ever since the Sumerians developed an agricultural system (circa 5000 BC) most people have been angling to get out of doing the most menial, repetitive, mindless grunt work. But is there an advantage to doing the thankless and lowly task? High wire master Philippe Petit says, “Yes.”

In prehistoric times almost everyone did what we now consider the “dirty work.” But ever since the Sumerians developed an agricultural system (circa 5000 BC)—which created a stable supply of food allowing the population to grow, settle down and develop a division of labor that included skilled and unskilled work—most people have been angling to get out of doing the most menial, repetitive, mindless grunt work.

But is there an advantage to doing the thankless and lowly task?

In an intervew for our book, Philippe Petit, the greatest living high wire master (whose spectacular feats include his walk between the World Trade Center Towers 110 stories in the air) proselytizes for dirty work: END_OF_DOCUMENT_TOKEN_TO_BE_REPLACED

On a summer day in 1974, a 24-year-old Frenchman stepped onto the world stage with one of the most astonishing performances in modern history–walking back and forth on a wire illegally rigged across the void between New York’s World Trade Center Towers, three quarters of a mile above spellbound onlookers. It all began six years earlier when the young Philippe Petit was inspired by a rendering of the not-yet-constructed towers he saw in a magazine. He spent the following years refining his wire walking skills and making countless visits to the towers to plot how to surreptitiously enter the buildings and solve the complicated logistics of rigging his wire between the swaying towers. Petit has gone on to perform many other spectacular wire walks, authored over half a dozen books, was the subject of the acclaimed documentary Man on Wire, and singlehandedly built a barn using eighteenth-century tools and design. Whether on the high wire or not, Petit’s philosophy is epitomized in his response to reporters shouting “Why?” after his dramatic Twin Towers crossing. Petit’s answer: “The beauty of it is, there is no ‘why.’” END_OF_DOCUMENT_TOKEN_TO_BE_REPLACED