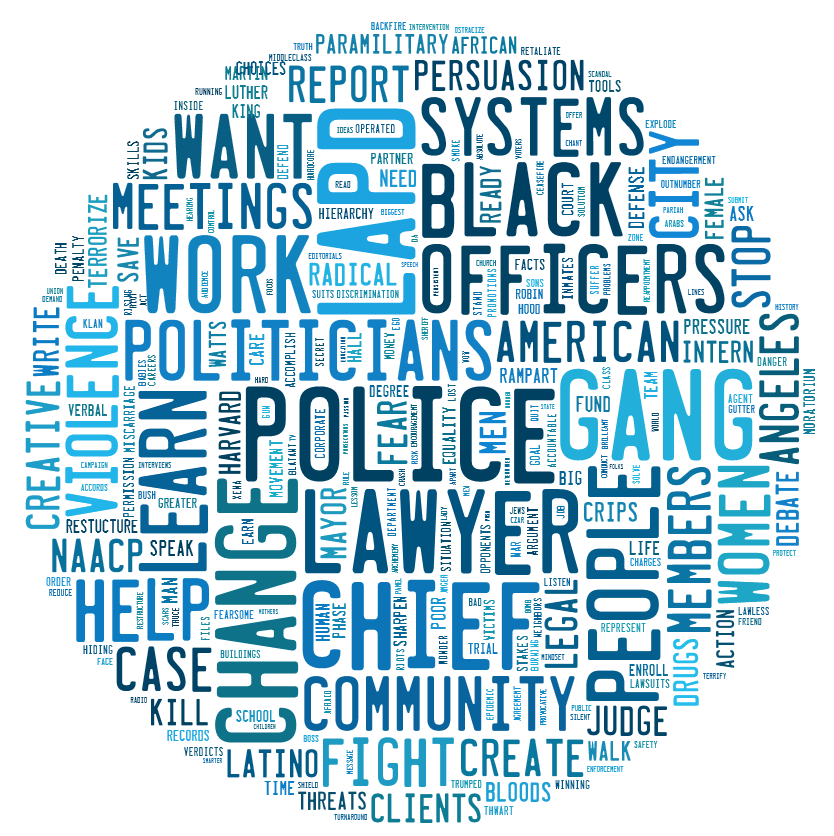 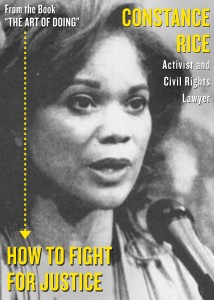 Frequency is the currency of a word cloud. The more a word is repeated, the larger it appears in the cloud. (Click to enlarge image above.)

From this word cloud, based on our interview for our book with Constance Rice (author of Power Concedes Nothing, cousin of Condaleeza), we can see what matters to her most. What you won’t find are the warm and fuzzy words—“compassion,” “nurture” and “help.” Rice is fighter. She’s battled and won $2 billion to improve L.A.’s public transit system, $1 billion to build 147 new schools. She’s negotiated gang truces and effected profound change within the LAPD. And she’s done this at times confronting, at times partnering with, the most powerful forces in Los Angeles—lawyers, politicians, gangs, LAPD and the entrenched bureaucracy. Rice told us rather than to fight for justice one person at a time,