Pete Trainor of SapientNitro has a simple marketing formula: If a behavior leads to good feeling, then repeat. 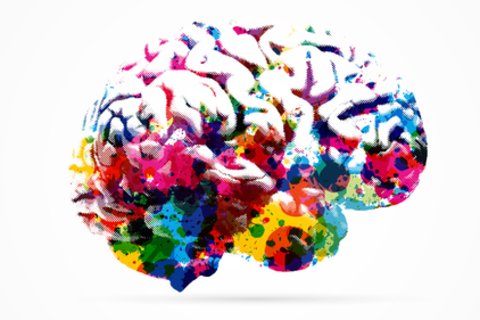 We often think of our habits as quirky things we do over and over again without really thinking about them–twirling a lock of hair, checking a cell phone on the way out of the subway, leaving the toilet seat up or down. But when we are selling a product or service, those repetitive actions are exactly what we want people to indulge in.

Be sure that when someone plows land in Farmville or clears jelly off the board in Candy Crush–over and over again, because they can’t stop playing–there is the sound of joyous ka-chinging in the Farmville and Candy Crush boardrooms.

So is there a secret to triggering habits in people so that they’ll engage and keep engaging with whatever it is you create? Pete Trainor, Associate Director UX at SapientNitro, believes that there is. And in his recent fascinating SXSW Interactive talk, “The Neuroscience of Success,” Trainor shared some of the principles that he has distilled over the years from psychology, behavioral, and experimental economics and observations of the human animal: himself.

WHY WE FORM HABITS

Trainor explains that when we humans experience feel-good sensations, the central cerebral cortex releases dopamine into the meso-limbic pathway that connects to a deep brain area called the nucleus accumbens.

It’s cause and effect based on the simple neurological equation: If a behavior leads to good feeling, then repeat.

When you introduce a product, app, game, tool, or service, Trainor encourages you to take direct aim at the limbic section of your customers’ brains. You want your product associated with that feel-good dopamine reward.

Trainor suggests three hacks to get the dopamine flowing inside the brains of would-be users.

Incentives are fine, but when you build an experience in which people can take actions that have effects and get better at that task, you’ve got what Trainor calls a dopamine bomb, “something positive, BOOM, good feelings.”

As we achieve mastery, the brain responds as it does with food or sex or social interaction. You feel good about reaching your goal and will be rewarded with what Trainor calls the greatest form of happiness available to human beings: satisfaction.

But, there is a trick: novelty multiplies the effect.

“You’ve got to mix it up,” Trainor says. “For example, the predictable response of your fridge light turning on when you open the door doesn’t drive you to keep opening it again and again. However, add some variability to the mix–say a different treat magically appears in the fridge every time you open it, and voila, desire is created.”

We might think that acts of altruism are for the other guy, but Trainor explains that altruism is a massive trigger for our own brain’s reward center. “MRI studies reveal that when we perform an act of kindness, our reward center is aroused and we experience feelings of pleasure because dopamine bombs are dropping,” he says.

And Trainor points out there is another multiplier effect. When we see other people engage in activities like sharing, we are motivated to join in and do the same thing. Therefore, Trainor says, “Make sure you bake in viral loops and enough opportunities for a consumer to share, give feedback to each other, and do good things.”

According to the Zeigarnik Effect, we are wired to remember and be engaged by uncompleted tasks. In fact, once a task has been completed, we tend to forget it.

In order to keep our consumers coming back for more, Trainor tells us we need to make sure our product or service never has a solid conclusion.

“Literally keep them guessing and coming back for more,” he says. “It’s the old school cliff-hanger every day and with every task: What happens next?” When stories never come to conclusions, consumers crave the next hit.

Although Trainor says that none of these ideas are new, it is the skillful combination of all three techniques that leads to genuine habits and wholesale behavioral change.

To those who might accuse practitioners of these techniques for commerce of being evil brain manipulators, Trainor has two words: Weight Watchers. “Is Weight Watchers–one of the most successful mass-behavioral change products in history–wrong?” he asks.