Imagine a dog that is so habitually electroshocked that when it is presented with an opportunity to escape further shocks he or she just gives up. Instead of forming an escape plan the dog acts as if the pain is inevitable and accepts it.

During the holidays as we gather with our families many of us can feel a sense of helplessness in the face of destructive family dynamics—whether it’s the presence of a meddling aunt, an overpowering mother, a caustic uncle, bickering in-laws or an alcoholic father. END_OF_DOCUMENT_TOKEN_TO_BE_REPLACED

Just hours after a gunman forced his way into an elementary school in Newtown, CT, killing 20 children and 6 adults including himself, Edel Rodriguez, a prolific illustrator, received a call.

The caller’s request was simple: Would Rodriguez illustrate a New York Times Opinion column on the topic of gun control and gun violence in America?

Before becoming an illustrator, Rodriguez had worked for Time Magazine as an art director. He told us,

“I became accustomed to concentrating on work even when covering some of the worst news imaginable. There was always a magazine to get out and we had to focus on telling the story.”

But, how, he wondered, could he tell this story? END_OF_DOCUMENT_TOKEN_TO_BE_REPLACED 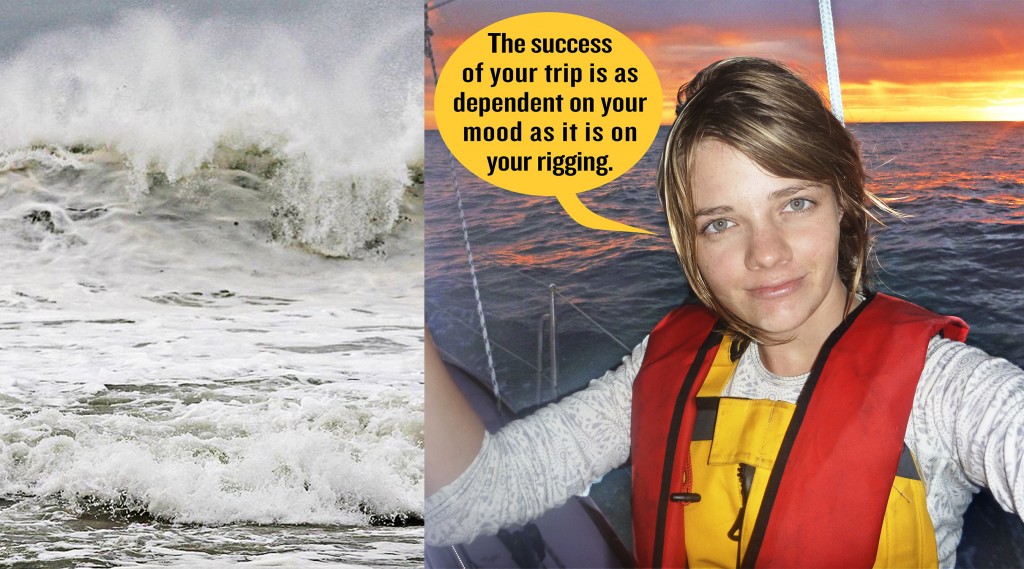 The coming of Hurricane Sandy reminded us of the adventures of one of the superachievers we interviewed for our book (due out Jan/2013).

Jessica Watson, a young Australian, sailed solo around the world, at the age of 16 on 34-foot sailboat. As dangerous as the conditions may be for those on Sandy’s path, Watson, who encountered squalls and storms during her 7 month journey, had no evacuation plan.

During one storm in the Atlantic Ocean Watson’s boat, Ella’s Pink Lady, underwent one knockdown after another. The boat turned over 180 degrees and Watson was flipped upside down in the cabin and left clinging onto the handholds with her feet touching the ceiling. [Expand ]

As we write about in our book (Chapter 31, “How to Sail around the World”), Watson found ways to manage her emotions to deal with each obstacle throughout her epic journey. The advent of a storm like Sandy is a reminder of how our lives can be interrupted by tumultuous events. And what Watson’s example teaches us is that when forces outside of our control—such as losing a job—throw us off course, it’s those who can deal head on with their own emotional state who are more likely to overcome and continue on.

As Watson told us,

“The success of your trip is as dependent on your mood as it is on your rigging. You’re down there in the middle of the ocean weeks from land or help. You can’t just say, ‘Okay I’ve had enough.'” [/Expand]

Imagine being in the position of asking a question—the question—whose answer may decide who will become the next leader of the free world?

There is non-stop coverage of how presidential candidates are prepared for their debates by cadres of political operatives, who advise them on body language, zinger usage, deportment and even substance. But what about the moderators?

Being a moderator of the presidential (or vice presidential) debates makes the job of a NFL replacement ref look easy. The moderators must manage the pressure of appearing in front of tens of millions of people at one of the most pivotal and analyzed moments in the election season, as well as be a tough but impartial questioner and handler of two very forceful opponents fighting for the most powerful job in the world. In today’s hyper-partisan atmosphere, around the clock news cycle and real time Tweeted critiques, moderators who were once respected as journalists, are now considered fair game—as when during the Republican primary debates Newt Gingrich dramatically confronted CNN’s John King for his line of questioning

What struck us in an excellent The New York Times process piece by Jeremy W. Peters in which he digs into the behind-the-scenes preparations of the four upcoming debate moderators, was their two-fold process. The moderators focused as much on managing their emotions as on mastering the subject matter of their debates.

Here are some of their practices:

ABC’s Martha Raddatz (who will moderate the vice presidential debate)

Moderator of the first 2012 presidential debate, Lehrer acknowledged that it’s a “rough rough world” and and that with it will come “smears.”  On his preparation, he added somewhat ellipitically, “If I’m not physically doing it, it’s in my head.” But perhaps having moderated 12 presidential debates, for him, it’s just another gig.

Although only a handful of people will ever moderate a presidential debate, we all have moments when our success will be determined by a performance—whether it is a job interview, a pitch or a negotiation. To increase the chances of pulling it off, we can look to the simple two-fold preparation of the debate moderators—school yourself in the knowledge you need and manage your emotions. And perhaps even remind yourself if you do have stage fright and slip up, at least you won’t be mocked, vilified and accused of electoral manipulation by political pundits all over cable news and talk radio.

I’ve fantasized about being an author since I was five years old so selling a book was a dream come true. But the process of actually writing a book made me feel like I was living in a submarine. After months of researching, wrangling, interviewing, transcribing, writing, editing and endless decision-making, I wondered, “Will I ever get through this?”  I fretted about everything from the tape recorder malfunctioning to the distinct possibility that we were producing something that no one would ever want to read.

It was the youngest participant in our book, the Australian Jessica Watson, who told me something that helped me deal with my stress. When Watson was just 11, she heard the tale of a young circumnavigator from her mother, and set a goal to do the same—sail around the world, non-stop, alone. Over the next five years, Watson underwent intensive self-directed research, training and planning. At 16, when most kids are still preoccupied with whatever version of popularity their peer group participates in, Watson set off on a 34-foot boat on a journey to become the youngest person ever to sail around the world alone. When we interviewed her about her voyage she told us,

“The success of your trip is as dependent on your mood as it is on your rigging. You’re down there in the middle of the ocean weeks from land or help. You can’t just say, ‘Okay, I’ve had enough.’ …. If you start thinking, ‘Ohh, it’s wet and it’s cold,’ that little thing turns into a bigger thing. And then you get more upset about that. And that makes you more upset about the next thing. And it snowballs. And soon you’re saying ‘There’s a whole ocean to go.’”

[EXPAND ]When I was in the midst of an authorial panic I’d sometimes think of what Watson had told me about how she’d dealt with all she’d gone through—the storms, a capsized boat, system failures, the boredom, the loneliness and the months and months at sea:

“One of the big tricks when you’re out there is to say, ‘Hey, it’s cold and I’m in a bad mood, but I’m going to get through the day, and eventually I’m going to warm up and feel better.’”

What I learned from her was simple. Breathe, focus on one task at a time and keep a cool head. Or as Watson put it,

“You can’t change the conditions but you can change the way that you deal with them.”

Although some might associate success with a raging Steve Jobs or a disdainful Donald Trump, we were surprised how often the people in our book spoke about their emotions and how managing them was critical to accomplishing their goals. Their emotional struggles were as varied as the people themselves. But like Watson, what they shared, was an awareness of the powerful emotions they felt. And when those emotions compromised their goals, they had the commitment and the skills to examine them and figure out how to cope with them.

Homecoming: On May 15, 2010, 16-year-old Watson sails into Sydney Harbor after 210 days at sea. While a customs officer stamps her passport, she devours whip cream from its nozzle just before joining the Australian Prime Minister in a ceremony. Watson’s first wish back: to get her driver’s license.
[/EXPAND]