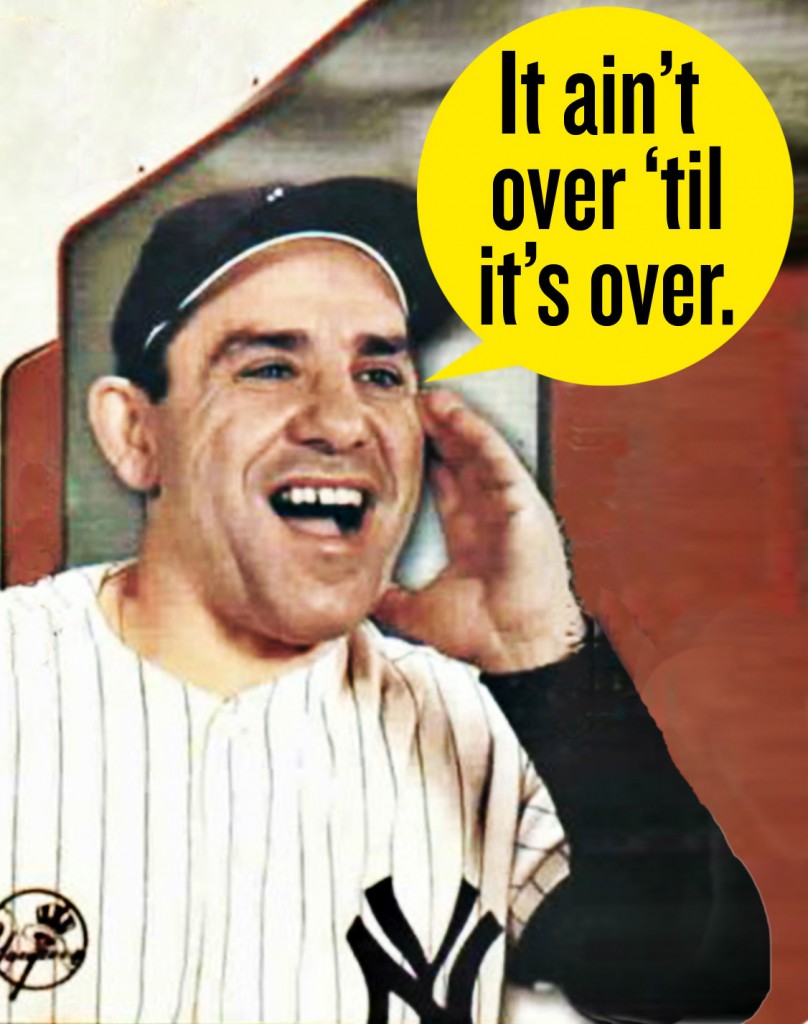 Baseball legend Yogi Berra died at 90 this week. But his advice to aspiring athletes—or to anyone engaged in the struggle to succeed whatever their endeavor—was as practical as what he told himself when he was struggling to earn a place in the Major Leagues.

Now considered one of baseball’s greatest catchers of all time who holds the record of being on the team of the most World Series wins (10) and on the team of 15 consecutive All-Star Games, Yogi Berra was the linchpin of the New York Yankees dynasties from 1946 to 1960. He is the so-called fifth face of the Yankees’ Mount Rushmore (after Babe Ruth, Lou Gehrig, Mickey Mantle and Joe DiMaggio).

You might assume from his head-scratching Yogi-isms (“It’s déjà vu all over again!” “I really didn’t say everything I said.”) that Berra approached the game from an oddball perspective. But from our interview with him for our book on a chapter about “How to Make It as a Major-Leaguer,” we were surprised to learn that Berra’s astounding on-field success was rooted in clear-eyed realism.

Although his dream was always to be a Major Leaguer, Berra’s path to the big leagues was never assured. Like any athlete aspiring to make it as a professional, the percentages were against him. Berra’s awkward style of play put off scouts for Major League teams. After four years in the minors and a stint serving in the Navy during WW II, Berra was finally called up by the New York Yankees. But to remain on the team he had to work hard to switch from the outfield to catcher, a position that did not come naturally to him.

In today’s age of young ball player phenoms hardly old enough to legally enter a bar who are showered with multi-million dollar advances and face exorbitant media pressure and outsized expectations of hometown fans, many flame out before meeting their potential. Who knows how many of those talented young players could have been helped by some of the practical, common sense rules that Berra applied to his own career? As Berra told us:

“No success comes overnight. Being a successful ballplayer means you better be as committed as can be. Better be prepared to deal with rejection. And better be willing to make adjustments. I was strongly motivated from within, and willing to do whatever it took.”

Business gurus, life coaches and self-help tomes can at times contradictory advice on how to advance in our careers. We could do well to apply Berra’s down-to-earth advice to our own lives and dreams:

“At some point you have to figure it [your dream] may never happen. But if you don’t give up, work as hard as anyone, you never know.” 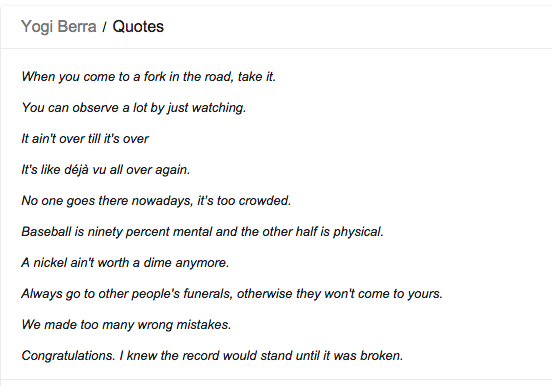