Kara Walker goes down the rabbit hole of the history of sugar to come up with a simple idea, a colossal Sphinx.

Kara Walker was asked to create a public work of art in the sprawling industrial ruin of the soon-to-be demolished Domino Sugar Factory in Brooklyn, New York that dominates the waterfront across the East River from Manhattan.

Walker’s 35-foot tall, 75-foot long bright white Sphinx layered in powdered sugar, lording over the factory like a deity from an alternative universe, seems like an inevitability. After seeing it, it’s hard to imagine that she could have made anything else.

We’re always surprised (and a bit envious) when someone comes up with an idea so basic, so elemental and stripped down that it seems to have been plucked readymade from the collective unconsciousness—Warhol’s Soup Cans, the phony-hating Holden Caufield, the Empire State building, the iPhone, Twitter­. We sometimes imagine that the creators of these concepts must have conjured them out of thin air.

In an interview with NPR’s RadioLab host, Jad Abumrad at this week’s New York Public Library’s Live series, the artist Kara Walker, an African American, whose highly charged work often depicts violence, sex and appropriates racist imagery, revealed what it really takes to come up with a simple idea.

How many ideas did she cycle through before arriving at the final concept, Abumrad asked Walker, “Was it 5, 15, 50?” Walker chuckled. “Three hundred and fifty,” she said.

Walker’s creative process was less an epiphany than a long, painful slog.

When New York public art foundation Creative Time invited Walker to create a work in the Domino Sugar Factory slated to be torn down soon to make room for condos and offices, they gave her carte blanche. Walker, who has spent her career making two dimensional art, mostly paper cut outs for intimate gallery walls, knew that she would probably have to work in a new medium for such a massive space. Walker also knew that she wanted to make a work that would provoke people to think about the underlying issues of race, industrialization and the corporate food industry that we are usually more comfortable not thinking about. 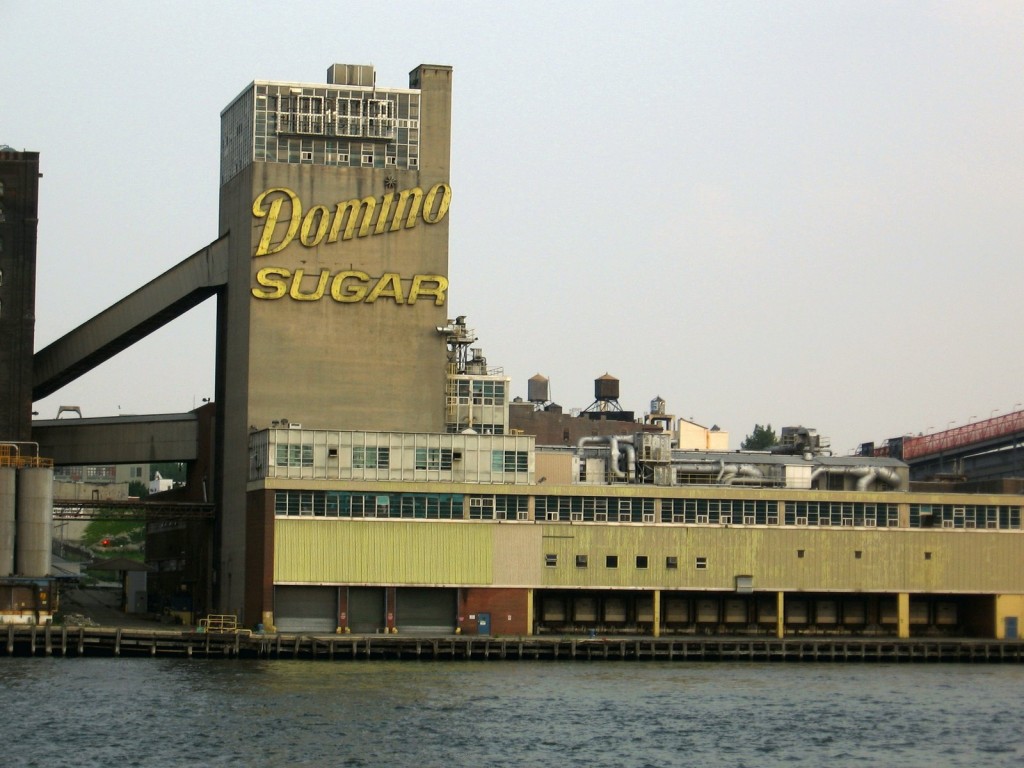 For inspiration, Walker would go to the abandoned factory and then back to her studio to sketch. In her talk with Abumrad, she revealed some of the ideas she originally proposed: kerchief-ed women riding on rollers skates; shipping in a mountain of petroleum coke (a toxic product of oil refineries) from Detroit; using feathers as allusion to being tarred and feathered; and even doing nothing—leaving the building just as it was. [Some of her sketches can be seen here.]

Trying to come up with the idea, Walker said, at a certain point she reached mental exhaustion. She was at a loss as to what she would do. That is, until one day, alone at the factory she realized that if she was going to take on the project she would have to think like an industrialist—like the Havemeyer family who had built the factory in 1868 that would became the largest sugar refinery in the world, employing 4,000 workers and processing 3 millions pounds a day—more than half of the sugar consumed in America.

Freed to “think big” Walker was then able to strip away all of the extraneous ideas to create a work of art that is so simple as to appear perfect: An African-American Sphinx that joins the realm of mythological sphinxes (and statues) which date back nearly 5,000 years, and poses a riddle—about race and industrialism and the dark and light side of sugar—to anyone who dares stand before her.