Astronomer, Jill Tarter, the TED Prize–winning, former director of the world’s most ambitious search for alien life at the Center for the Search for Extraterrestrial Intelligence (SETI) Research, offers SETI’s 9-point plan should an extraterrestrial attempt to communicate with us. 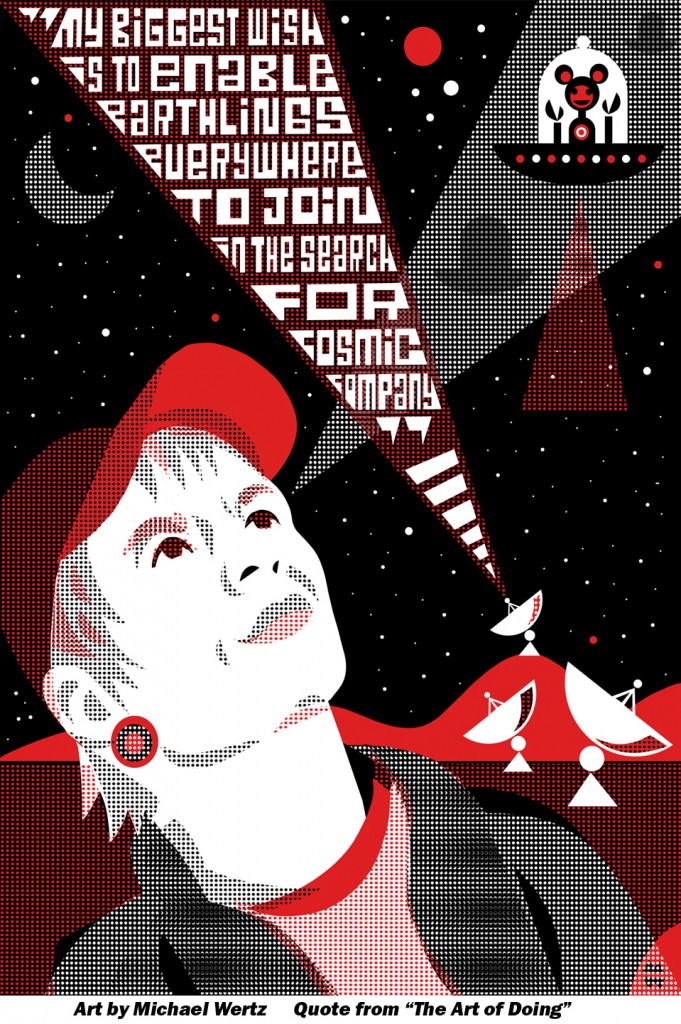 Just over 30 years ago this month, E.T., The Extra-Terrestrial hit the big screen and made everyone feel warm and fuzzy about aliens with E.T.’s sweetly urgent message about wanting to “phone home.”

This summer, Hollywood alien fare paints a far gloomier picture with a deadly alien monster in After Earth, a zombie invasion in World Z, giant robots in Pacific Rim and more robot invaders in The World’s End.

So what do the experts really think?

We asked astronomer, Jill Tarter, the TED Prize–winning, former director of the world’s most ambitious search for alien life at the Center for the Search for Extraterrestrial Intelligence (SETI) Research, who we interviewed on How to Find Extraterrestrial Life for our book on success. Tarter gave us SETI’s 9-point plan should there be an extraterrestrial attempt of any kind to contact us:

“Carl Sagan envisioned such a moment as a circus springing up and surrounding the discovery site,” Tarter told us. “Stephen Hawking believes that firing back something immediately could get the whole neighborhood destroyed and others believe that kind of attitude is rooted in paranoia. So our mandate is to wait for a calm and reasoned global consensus on what to say and how to say it. Then again, once a signal has been detected, anyone with a transmitter can get on the horn and shout back out whatever they want.”

Something else to consider, Tarter noted, was summed up in the words of a SETI facility director who once said: “Honestly, I wouldn’t know whether to call for protection or port-a-potties.”