What happens when brainy economists try to solve the world’s problems? More fun than you may think. 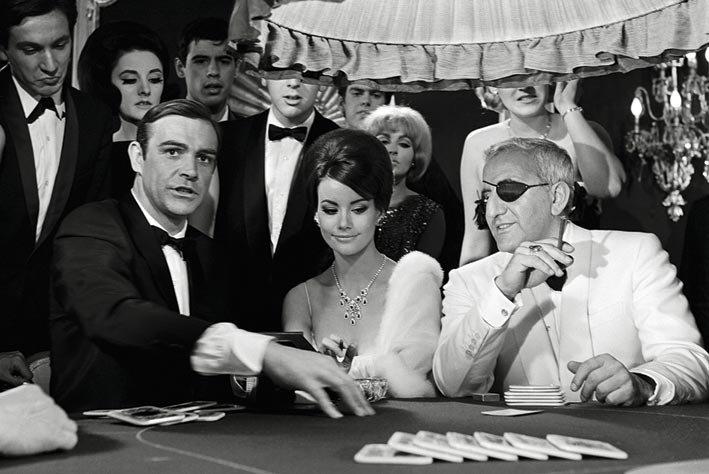 Play for Good’s Spin for Good is a new kind of social gaming site that combines the passion of gaming with the motivation to do good.

Put together some brainy academics to solve the world’s biggest problems and you may think they’d come up with a blizzard of white papers filled with obscure hypotheses and foot-long equations that would give you flashbacks of tests you failed in high school.

But you’d be wrong.

Amee Kamdar and Janet Moehring, two young University of Chicago economists, were having Thai takeout in Moehring’s Lincoln Park apartment in Chicago, brainstorming how to start a business with a pro-social bent when the idea hit them.

Like many visionary innovations, Kamdar and Moehring’s idea was a hybrid of two concepts that didn’t seem to have much to do with each other. Think Twitter (SMS messaging and the Internet), AirBnb (subletting and the hospitality industry), and chocolate covered bacon.

Kamdar and Moehring, alum of Freakonomics coauthor Steven Levitt‘s Greatest Good, who have consulted for both casinos and charities, were aware that millions of people threw money into online social games (already a tens of billion dollar industry globally), while charities trying to improve the world were always struggling to raise funds.

So, they thought, what if some of the millions of gamers could be enticed to do good by putting their dollars into online games that benefited charity?

Kamdar and Moehring imagined a charity gaming site where gamers playing for charity could wager actual money and compete in tournaments. To juice the competition, they’d offer a catch—each gamer would play for their favorite charity, but in the end, it would be winner take all for his or her charity of choice.

When the two friends ran the idea by former boss, Levitt, he thought, brilliant! “Charities typically use a guilt-ridden, pressure-laden approach to fundraising,” Levitt told us. And charities are generally very inefficient at raising money. They still use direct mail as the primary way to fundraise. If their costs are less than thirty cents for every dollar raised, that’s considered a very good return. And gamers on sites like Zynga or Farmville spend money, but for legal reasons, they can’t win anything tangible beyond getting their name on the leaderboard. “People are already playing online social games, but flushing their money down the toilet,“ Levitt said.

Levitt not only offered Kamdar and Moehring his blessing but he pledged to use his clout to help. And Spin for Good was born.

Two weeks later Kamdar and Moehring were on a plane to Las Vegas to meet with developers who had designed for some of the world’s largest casino gaming sites. The site launched last month with casino-style slots played in tournaments and nearly a dozen charity partners including 20/20/20 and WonderWork. But unlike casino games where the house always wins, the odds on the Spin for Good slots games are set for a player to (almost) break even. “We don’t want anyone to go broke,” says Moehring.

Being economists and big data fanatics, Kamdar and Moehring are always on the hunt for new and interesting data. They’ll run tests on the site to see what works and doesn’t work. And Spin for Good will offer a unique dataset: “We can find out a lot about donor preferences, which charities pull from the same donor pool, which messages resonate with different types of people, and so on,” says Kamdar.

The pair is already tweaking the site—they plan to run shorter, more frequent tournaments and add more games—Blackjack and a game in development they describe as “a cross between Angry Birds and Plinko.” They also plan to explore matching funds, both from private donors and through corporate sponsorship. And their next push? To mobile. So that, as Kamdar says, “Someone can help the world while waiting for a bus.”