The only route to mindfulness was through meditation. And meditation struck Dan Harris, a lifelong atheist/agnostic, as “the distillation of everything that sucked hardest about the granola lifestyle.” 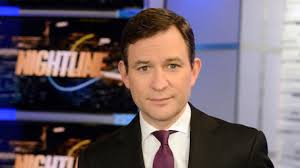 After Dan Harris, then an ambitious rising star at ABC’s news division, was left panting for breath during an on-air panic attack on Good Morning America in front of 5 million viewers, he realized that his life needed to change.

The occasional stage fright? That was routine. But this was something different. “I felt a bolt of fear rolling up my back, over my shoulders, and down my face, and I couldn’t do anything to stop it,” Harris told us.

Harris, now a Nightline co-anchor, wrote a memoir that happens to be one of the most accessible, sensible, and hilarious guides to meditation and mindfulness. 10% Happier: How I Tamed the Voice in My Head, Reduced Stress Without Losing My Edge, and Found Self-Help That Actually Works—A True Story (which just came out in paperback), is an irreverent, painfully honest tale about Harris’s journey from being an ambitious, self-lacerating newsman with a recreational drug habit, to becoming an ambitious, self-lacerating newsman with a meditation habit.

Harris’s journey to mindfulness was unusual. Assigned to the religion beat at ABC, he had access to some of the biggest names in the quasi-religious self-help industrial complex: the likes of Eckhart Tolle, Deepak Chopra, and Joe Vitale, author of the mega-popular The Secret. On camera Harris questioned the gurus and the philosophies they espoused to the masses, while privately he wondered, “What advice do they have for me?”

Harris was intrigued when he began to interview a group of rational Buddhists known as the Jew-Bu’s: psychotherapist Dr. Mark Epstein, neuroscientist and author Sam Harris, mindfulness teacher Sharon Salzberg and others. But there was a major stumbling block for Harris. The only route to mindfulness, the Jew-Bu’s explained, was through meditation. And meditation struck Harris, a lifelong atheist/agnostic, as “the distillation of everything that sucked hardest about the granola lifestyle.”

He avoided meditation for months while marinating himself in the Buddhist teachings about mindfulness and the science behind it. One afternoon poolside on a vacation, he felt his resistance “starting to crack.” Am I really doing this, he wondered as he returned to his room and set a timer on his phone. Commanding himself to “breath in and out,” and “get in the game, dude,” when he opened his eyes five minutes later he had changed his mind about meditation. “I didn’t like it, per se, but I respected it,” he told us.

Once he started practicing regularly, working his way up to 35 minutes of meditation a day, Harris found it was a value-add in three ways.

The result after countless hours of practice and a 10-day silent meditation retreat? “Improved relationships with colleagues, a better product,” he says, “and making the overall day more heedful and successful on a lot of levels including less stress when I’m home. My wife would give you the ‘Still 90% a moron’ speech,” adds Harris. “But I’m trying.”

Unlike past public health initiatives like oral hygiene or physical fitness, mainstreaming meditation, Harris believes, would actually change behavior and lower reactivity. “Think what that would do for parenting, for conflict in the workplace, for bullying in school,” he says.

When we asked Harris if he thought novice meditators could do it on their own, he recommended finding a class. “That can have a HOV lane effect,” he explained. “Even if you don’t have a one-on-one relationship with the teacher, the practice can be so subtle and such lonely territory, that at least to be able to get up in a group setting and ask a question is very helpful.”

So how far does this committed skeptic imagine taking his meditation practice?

“I don’t really know the answer to that because it gets into the really complicated stuff that I’m still figuring out around issues of enlightenment and meditative attainment,” Harris told us. “Once you get out of the shallow end of the pool which is mostly the area in which I traffic now, the deep end of the pool in meditation is like the most complicated video game ever invented.”

With a newborn and the pressure of his high-performance job, Harris admits that it’s unlikely he’ll be heading off on a 30-day retreat any time soon. “But it is unbelievably fascinating to me,” he says. “And as much as possible, to use a meditative term, I try to spread the practice ‘off the cushion.’ It’s not just in my daily 35 minutes. I try to infuse everything I do with the greatest principles of mindfulness or compassion. That is a big change in how I live.”