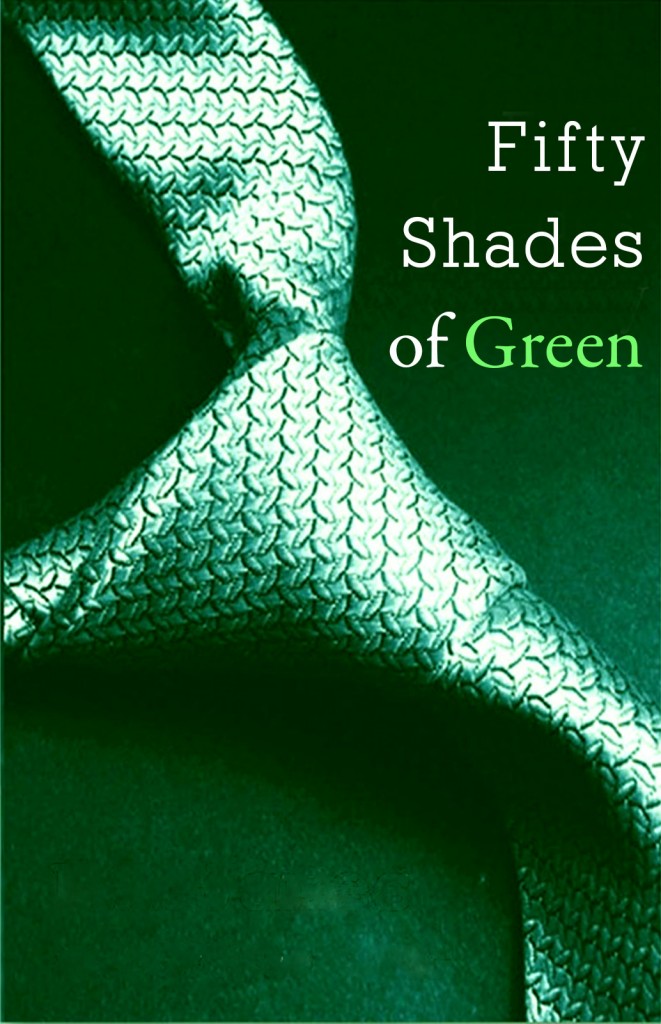 If E.L. James had based the life of her protagonist Christian Grey on a literary star instead of making him a financial master of the universe, she could have modeled his career on that of award-winning author Andrew Solomon. (Not that Mr. Solomon has ever indicated a penchant for whips and chains!) The glamorous, heady life of the fictional Mr. Grey bears some resemblance to the glamorous, heady life of the very real author Mr. Solomon whose superbook (“Far From the Tree”) sold by superagent (Andrew Wylie) to supereditor (Nan Graham) now has the supermedia giddily throwing open their doors (and pages and broadcasts and bandwith) to give Mr. Solomon and his tome a hero’s welcome.

Well, I’m an author, too. But my workscape is not quite so grand. As co-authors (and a married couple), I’m part of a scrappy Mom & Pop venture building buzz for our upcoming book, “The Art of Doing.” My coauthor and I are in the biblioglobal 99%, waging a learn-as-you-go, DIY social media campaign, seeking out a community of interested readers and reaching out to friends and friends of friends and their friends (in tandem with our publisher’s publicist) to stir up the potential media coverage we dream of for our book’s late January release. Then, it seems, whenever we open a newspaper or browse online or switch on NPR, there he is—Andrew Solomon and <em>his book</em>.

Perhaps, like many writers toiling away, I’m taking in this Solomon-a-palooza the wrong way? I have wanted to be a writer since I was five when I received exceedingly positive feedback from my younger sister over a story I’d written from a copper penny’s POV. Basking in the glow of her three-year-old enthusiasm, I felt a deep primal need for more. And after many attempts at writing over the years, with success here and there, about two years ago, I finally built up a head of steam, spent months working on a proposal—and damn it!—got a book deal to write a book in which we explore the principles, practices and strategies of successful people. To do so, I’ve lived on the advance of that deal, plus savings, occasional infusions from work for hire and scattered small non-interest bearing loans from my parents to cover things like, oh, health insurance—a sum total that would still probably not equal the combined cost of Mr. Solomon’s name-brand directed book trailer, slickly designed, photo-rich website and fizzy book release celebration at the Met.

Yes, it would be easy to be green with envy over all this, but where would it get me? How would we be able to face my daily tasks with, as the Buddhists refer to it, right intention?

In an interview in our book for a chapter on “How to Write a Runaway Bestseller,” Freakonomics author Stephen Dubner hinted at this sticky issue of professional jealousy when he told us that reaction from his writer friends to his success was mixed. But “one book’s success doesn’t cancel out another’s,” he said with a somewhat pained expression, adding, “It’s not a zero sum game.” I remember nodding.

Wouldn’t it be better to focus on the genuine awe I feel for Mr. Solomon not as book Marketer…but book Author? Here is someone who spent many years working on his first book, a beautifully wrought, deeply personal memoir about his own cripplingly depression and issues he’s dealt with coming out as a gay man. For his new book Mr. Solomon dedicated the last dozen years of his life to research and to hunt down people around the globe to reveal their profound stories of identity, gender, differences, plunging deep into the meaning of what it means to parent, to cope, to accept. His prose rings with clarity and truth; the fruits of his labor may affect the way people think of these issues for years to come.

And now that I’m feeling more magnanimous, I say all this not just as a fellow author but a reader of his work. I’ve bought a copy of Mr. Solomon’s “Far From the Tree” for myself. I’m also buying copies for my parents and older sister. As a family we have struggled with decades of my younger sister’s debilitating mental illness that has warped and distorted our interpersonal relations and I believe Mr. Solomon’s book will help us make better sense of our own familial Gordian Knot.

So, down with envy and bravo to you, Andrew Solomon! Your book serves as a reminder that literature that genuinely speaks to the reader’s emotional needs is deserving of every praise.