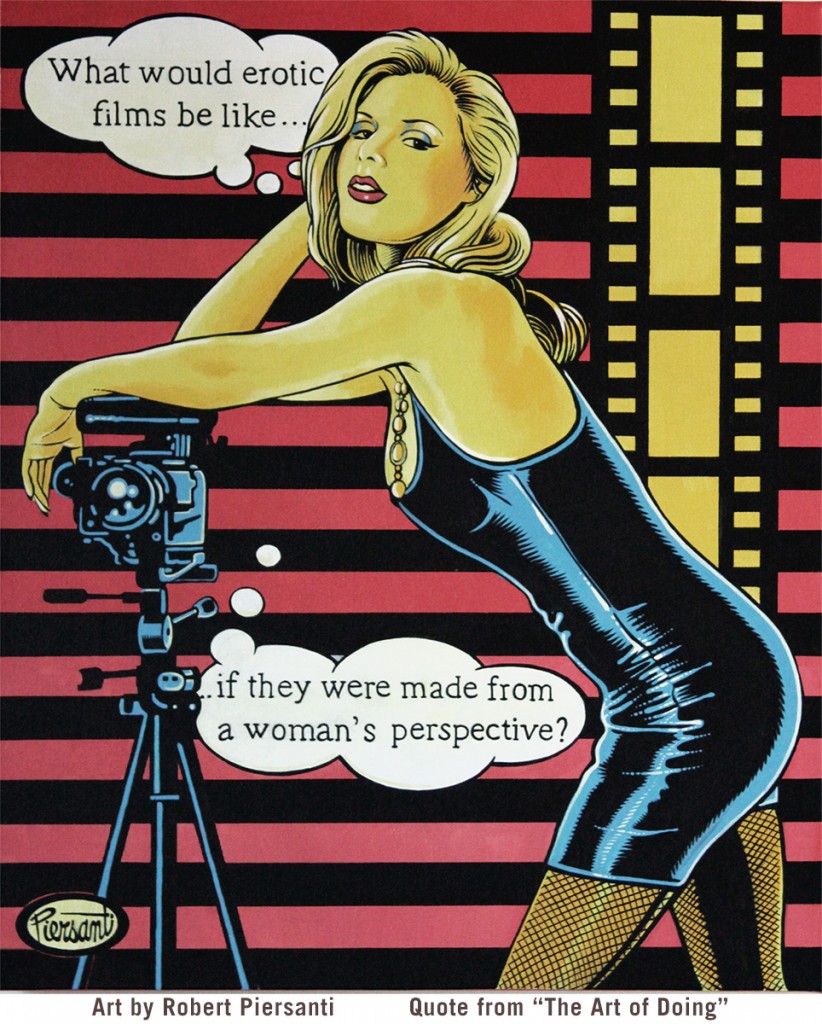 The Art of Doing Artist’s Interpretation Project is a collaboration between us and imaginative artists we choose to depict superachievers from our upcoming book from Plume/Penguin coming out Jan 29, 2013. (Which you can preorder here!)

Despite what you may think about adult films, Royalle can be a model for those of us who have become disillusioned by our workplace or the industry we work in. Rather than to wallow in the psychic space of feeling exploited and discouraged by working in a business whose values conflicted with her own, Royalle challenged the status quo. Of course, she had no guarantee of success. But just as with pioneers of other industries, if she hadn’t tried she never would have come up with a whole new way of doing things.