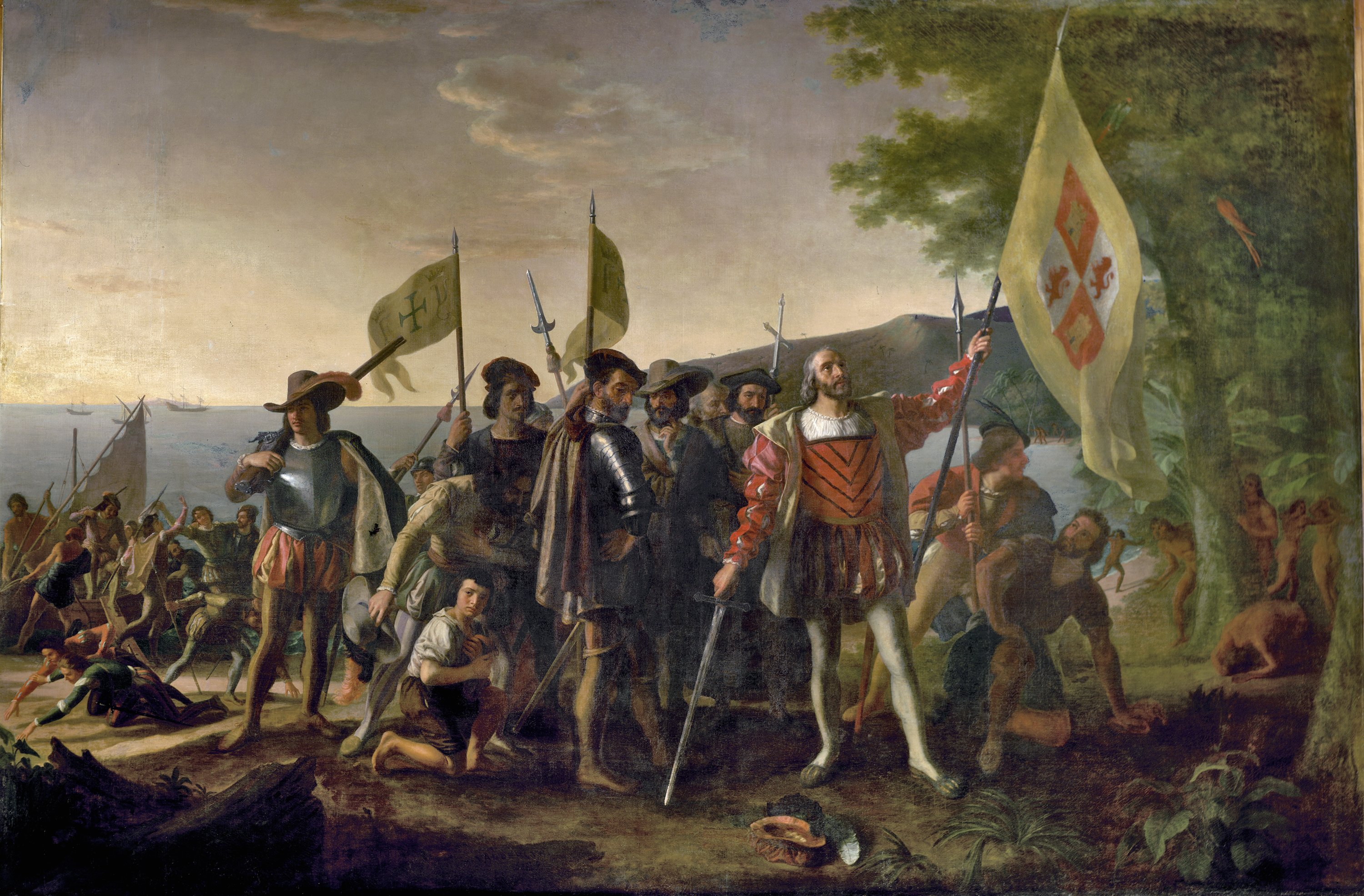 We all know that Columbus sailed the “ocean blue in fourteen hundred ninety-two,” but beyond the facts that he didn’t actually discover the Americas and that he dealt deplorably with the indigenous people he encountered in the New World, most of us don’t know much about Columbus’s history-making startup that he called, “Enterprise of the Indies.”

His entrepreneurial journey offers lessons for anyone trying to innovate today.

Go Where the Action Is

Columbus, like any ambitious entrepreneur, had to deal with the world he was born into. Fifteenth-century Europeans were crazy for Oriental luxury products–textiles, spices, foods, and household products.

Genoa, where Columbus was born, had become filthy rich by trading with Asia. Genoa and other Italian cities had a trade monopoly with the East through sweetheart deals made during the Crusades. Italian merchants traveled thousands of miles over land and sea to the East, returning with high-end Asian goods they’d hawk at exorbitant prices to eager European customers.

But shortly after Columbus’s birth a politically cataclysmic event occurred. The Ottomans took over Constantinople and blocked European access to the Black Sea and the lucrative Silk Road. If you were Genoese and your livelihood depended on trade, you were out of luck.

But there was some hope. Portugal, at the time, was the Silicon Valley of the maritime industry. Denied eastward passage through Europe, Portugal looked the other way west to the Atlantic Ocean and down to Africa. Portugal had the geological advantage of thrusting out into the sea and had a long history of fishing and naval warfare.

Set Your Own Course

Finding a new trade route to the Orient was the space race of the late 15th century. By the time Columbus thought of pitching an alternate trade route, Portuguese sailors were already sailing far down the African coast. These sailors had made so much progress that Portugal’s focus became reaching Asia by sailing around the Horn of Africa.

And the Atlantic? It was an unknown vastness of water that had been the collective oceanic bogeyman, haunting the imaginations of Europeans that had given the Atlantic some foreboding nicknames, The Sea of Darkness, The Great Green Sea of Gloom. Europeans believed that the Atlantic was filled with coiled sea monsters and that water boiled at the equator.

But when your idea is so far out from the conventional wisdom, you don’t have a lot of competition. And sometimes, stubborn visionaries, like Columbus, beget genius results.

Like any startup entrepreneur Columbus had to worry about copycats following in his path, hacking into his profits and benefitting from his risk-taking. Columbus would need muscle on his side.

Marrying the daughter of an impoverished nobleman, earned Columbus entrée into royal courts. He prodigiously worked the system, currying favor with well-connected noblemen, wealthy merchants, and religious authorities to help him win influence.

Imagine you had an idea that no one believed in. And imagine that you spent nearly a decade of your prime earning years–from 33 to 41–unsuccessfully pitching and re-pitching your idea to investors who just wouldn’t bite. You’d probably start to feel a bit desperate.

But Columbus was a tireless self-promoter and a gifted, silver-tongued orator with the good fortune to believe his own hype. Columbus hit up monarchs from Portugal, France, and England. And those monarchs appointed commission after commission of royal advisors, who inevitably gave his plan a thumbs-down. One group of learned men called his hypotheses “mad” and his errors “colossal.”

But Columbus never stopped selling his idea. Finally in 1492, he got his chance. The Spanish were susceptible to Columbus’s scheme for a couple of reasons. One was fear. The Spanish were threatened by their Portuguese rivals who were showing success at rounding the Horn of Africa to establish a trade route with Asia.

The second was exuberance. After eight centuries of struggle, the Spanish were feeling giddy war euphoria over their trouncing of the Moors in Granada—the last Islamic stronghold in Spain. Perhaps that’s why King Ferdinand and Queen Isabella signed a document so lopsidedly favorable to Columbus that it granted him and his descendants, “from successor to successor, forever and always,” a 10% stake in anything and everything that would be “bought, traded, discovered or obtained” in the lands Columbus discovered.

Columbus still had to pony up some money himself so he turned to angel investors–wealthy local Genoese businessmen. But Columbus’s financial woes weren’t over. The Spanish actually didn’t have cash to fund the trip. They used creative bookkeeping, funneling money out of the budget of the government’s militias for Columbus’s journey.

But still it wasn’t enough. Then someone had the idea to levy a penalty on a town called Palos de la Frontera “for some things done and committed.” (Probably smuggling.) It was left to the citizens of Palos to provide and equip the ships and Columbus’s crew. Finally, on August 3rd, 1492, with the ships stocked and the crews aboard, with the Nina, the Pinta, and the Santa Maria, Columbus sailed the ocean blue.

Know More Than Anyone Else

Columbus was self-taught. He was a voracious reader and scholar of ancient, medieval, and contemporary science. He devoured the works of Ptolemy, Aristotle, and Pliny. He studied the private papers, charts, and journals of sailors who had sailed the Atlantic.

He became such a proficient cartographer that he set up a map-making shop in Lisbon with his brother. He had taken to the sea as a kid, first as a deckhand on the Mediterranean. Later, he was a sailor and captain on Portuguese ships, sailing the Atlantic as far north as Iceland, and as far south as the Guinea and Gold Coasts of tropical West Africa.

That’s how Columbus had learned the idiosyncratic wind and currents of the Atlantic. It was Columbus’s navigational genius to set sail from the Canary Islands, where he took advantage of the westerly trade winds and the Canary Current (a fast-moving river of oceanic water) to propel his ships across the Atlantic. Columbus could navigate by “reading” nature, the flights of birds, the smell of the sea, and the color of the sky, and in less than a month after departing from the Canaries, he made landfall in the New World.

This is where Columbus failed miserably. Columbus placed no human value on the inhabitants of the lands he “discovered.” Columbus felt entitled to rob, enslave, torture, and murder the indigenous people.

The scourge of capitalism has always been the tendency to value profits over human life. This still applies in the 21st century. Abuses of workers have been exposed in factories that make products that we love and need.

Companies will always struggle with the conflict between maximizing profit and human values. For companies that act responsibly, the extra costs are offset by increased worker efficiency and satisfaction and the goodwill of their consumers.

One of the most important lessons from Columbus’s “Enterprise to the Indies” is that no human or organization, no matter how heroic their exploits might be, has the moral right to cause great human suffering in a coldblooded calculation that values profits over people.