Tom Clancy, the insurance agent turned superpower thriller novelist, left behind a legacy that includes blockbuster books (over 100 million copies of his books in print), movies, videos games and a few tips on writing and the writing life. 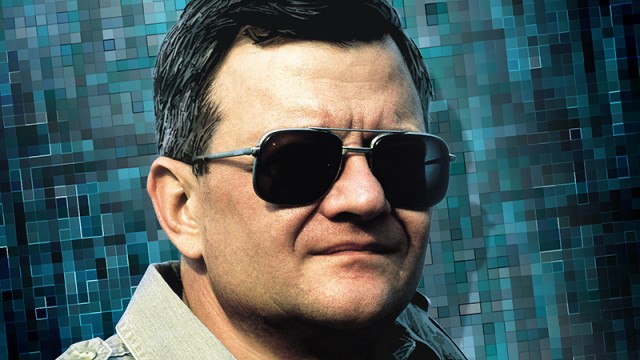 Tom Clancy, the insurance agent turned superpower thriller novelist, left behind a legacy that includes blockbuster books (over 100 million copies of his books in print), movies, even videos games. Although he didn’t set down a list of writing tips for posterity—or at least, if he did, it’s still stealth—through interviews and lectures Clancy offered advice that can be applied to any style of writing.

“Fundamentally, I think of myself as a storyteller, not a writer.” What’s the difference you may ask? Instead of trying to impress critics with his literary pyrotechnics, Clancy said he told stories to “take people away from driving trucks or fixing toilets or whatever they do, away from their drudgery. That’s a good enough purpose for any man.” Clancy’s career really took off when a man not known for being a member of the literati, then-President Ronald Reagan, labeled Clancy’s first book “The Hunt for Red October” a “perfect yarn.”

“A lot of people think [when you write] something mystical happens to you, that maybe the muse kisses you on the ear. But writing isn’t divinely inspired — it’s hard work.” Clancy’s advises writers to “Learn to write the same way you learn to play golf. You do it, and keep doing it until you get it right.”

“The difference between fiction and reality? Fiction has to make sense.” Clancy said. Denied military service because of severe nearsightedness, Clancy fostered top-level military contacts. “He is welcomed aboard jets and submarines and permitted to ride in tanks to his heart’s delight,” wrote one reporter. “I hang my hat on getting as many things right as I can,” said Clancy. “I’ve made up stuff that’s turned out to be real — that’s the spooky part.” Nothing perhaps more spooky than his 1994 novel “Debt of Honor” which ends with a Boeing 747 purposefully crashed into the Capitol during a joint session of Congress, prophesizing the terrorist attacks of 9/11.

”I don’t even consider the possibility—if you think about it, it might happen!”

No one can take your dream away.

“Nothing is as real as a dream. The world can change around you, but your dream will not. Your life may change, but your dream doesn’t have to. Responsibilities need not erase it. Duties need not obscure it. Your spouse and children need not get in its way, because the dream is within you. No one can take your dream away.”